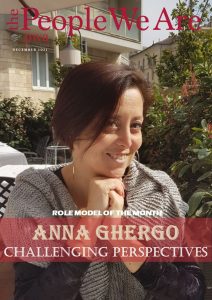 Every time I meet Anna at PWA events, she has an unmistakable warm and friendly smile on her face.  I was enjoying interviewing this successful lawyer with an international background that, to my big surprise, is a real fan of gossip especially when it comes to European royal families.

She was born in Rome but has southern Italian origins. She graduated in law at the Sapienza University in Rome. After she made her work experiences in several Italian and international law firms where she specialized in business law, she applied her knowledge as a business lawyer in companies from both, private and public, sectors.

Anna likes challenges and enjoys a stimulating work environment. After working in small and medium-sized companies, she realized that she wanted to move to a big corporate.

Anna works for TIM, the biggest telecommunication company in Italy, where she started her career two years ago in the litigation department. Although she liked her job, she grabbed the opportunity, and only a few months ago she moved within the firm to the corporate affairs department and started her position as the National and International Subsidiaries Director.

As TIM is a shareholder of a significant group of companies, Anna and her team are in charge of ensuring the direction and coordination of the corporate management of national and international subsidiaries, and the national and international corporate law advisory. In addition to that, she acts as Secretary to the Board of Statutory Auditors of TIM. The large scale of activities and variety is what she likes about her current position. Working in corporate affairs, she is glad to have the opportunity to get involved in all the aspects relating to the management of companies, not only from a legal perspective but also from a commercial, financial and strategical point of view.

When it comes to leadership, Anna doesn’t have any specific model. She motivates her team by involving all members in all activities they work on. The human aspect of relationships in work is essential. She shares a lot of her time and thoughts with the team.

The best way of motivating a team is  to dedicate time to them, to share experiences and to value the role of each component.

Before TIM she worked for the Italian branch of an international Spanish company, Saba Aparcamientos. She was hired as general counsel, and she then became a Director of the main subsidiary. At Saba, she used her language skills and her knowledge of European business law.

Anna speaks Spanish and English fluently; her French is sufficient for a basic conversation. 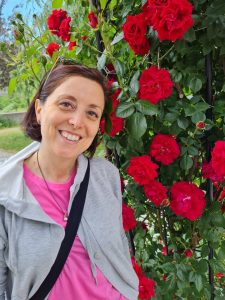 She considers Spanish her second ‘mother tongue’. During her university studies, she spent 1,5 years in Spain as an Erasmus student. She learned the language by reading gossip magazines and watching telenovelas. “Gossip magazines are the best way how to learn a new language. They are easy to read and are entertaining.” Moreover, she often speaks Spanish with her partner that is an Austrian-Italian and that lived over 15 years in Spain. They watch Spanish TV and films in Spanish together. And, believe it or not, they met in Madrid, where they both were working for the same company. It was love at first sight.

After her graduation in Rome, Anna left to study LLM in European law at the King’s College in London. She desired to have a wider view of the law. She focused on European law. She then decided to go back to Italy to pursue her career.

“Studying in London was a great experience. But I would never live there. The city was too big and not easy for living.  If I could choose I would live in smaller cities such as Zurich or Vienna that are easier for living.”

Anna searches for each opportunity to be in contact with different cultures.

It is stimulating to see a way of life from different perspectives. It enriches your culture, opens your mind and prepares you to live in the global world. We cannot think and act locally but globally.

She passes this attitude to her son and she educates him as much internationally as possible. Her son, Renato, is 14 years old and attends the High School, Liceo Classico, in Rome. He is enthusiastic about military history, especially the II World War. He knows everything about the period personnel carriers and weapons. He is very good at English and thanks to his passion he has friends around the world. He is a member of various internet communities where he shares his knowledge. Renato is also good at IT coding and has practiced it since he was a kid. When comes to sports he is an agonistic sailor in the Openskiff class since he was 9 years old. He participates in competitions on the international level and Anna usually travels with him. 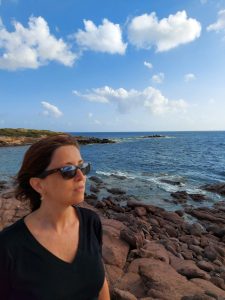 Anna doesn’t have much free time. Her job is time-consuming and she has to take care of her son. She seizes every opportunity that she can be out of home, connected to nature. Anna spends all summer at her house at the seaside. She enjoys hiking in the mountains as well. She often practices pilates to maintain herself in agood shape. You can run into her in Villa Borghese or Villa Ada when she walks her West Highland white terrier named Attila – don’t worry though, in spite of his name, he is very friendly and shy.

We, as women with strong positions, have to do something for other women and for future generations of women.

Anna applied for the PWA membership 3 years ago when her friend and colleague Raffaella di Primio took her to some PWA conferences that Anna liked a lot. Since September she acts as the Secretary and we are happy to have her in the team!

When it comes to women in business, Anna believes, that there is a huge gender gap in business, political and social life. “There is still a lot of work to be done. Women should be more involved in every aspect of life. They are the same humankind as men, therefore their needs, beliefs, thoughts cannot be ignored.” For Anna is not acceptable that women often have to choose between family and work, whilst men can manage to have both.

Everything is complete when there is 360° perspective that can only evolve from both, men’s and women’s, points of view. We are different and complementary, we must have equal rights.  Women can contribute to social, political and business life as well as men.