Be your own role-model! 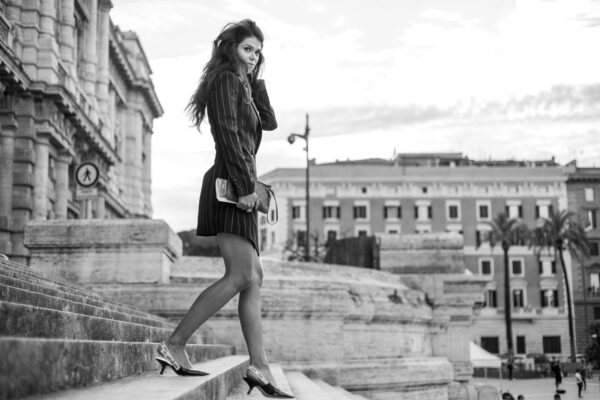 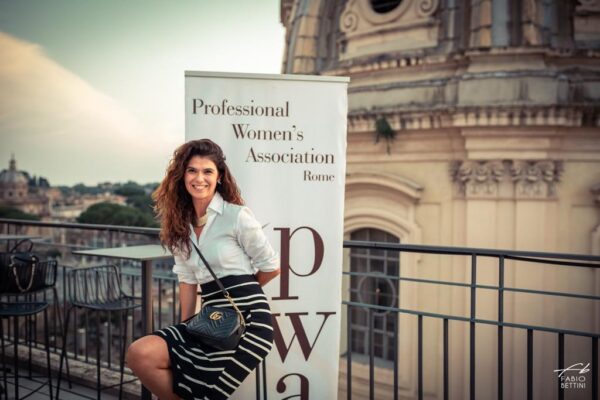 Catherine Costaggiu is an international arbitration lawyer. Her half Italian and half Bulgarian origins guided the choices of her personal and professional life. Working in a very competitive “world” as it is the attorney’s field, her research for a female role-model wasn’t easy to fulfil. But, after a very intense and remarkable professional path she came to define a new motto that she shares with us during our talk.

Catherine Costaggiu was “seated happily” at the lobby of the NH Collection Fori Imperiali Hotel chatting with other fellow PWA members, before the first ConneXion Event of the season. Catherine stepped in front of me as soon as she saw me arriving, wearing her beautiful big smile and a well accessorised black and white outfit.  My first intention was to greet her with an Italian-way cheek kiss, as we used to do before the pandemic times, but I had to hold myself trying to remember to maintain the social safety distance and all the anti-COVID rules that we all have to follow in this “new normal” times.

This gorgeous perfectly fitted attorney followed me to a lobby’s quiet corner to start our conversation. As soon as we started to talk, I discovered that Catherine is conversational and mature, and sees life with positive eyes. Young Catherine grew up between Algeria, Italy, and Bulgaria. After losing her father at the age of nine, she moved permanently to Bulgaria where she spent her most significant years, as a teenager. Her memories of growing up have upraised in her the feeling of being more Bulgarian than Italian, but still she is a native speaker of both languages (she’s also fluent in English, Spanish and French, and has a basic knowledge of Russian).

Catherine’s childhood in Bulgaria was marked by the country’s slow and tumultuous recovery in a post-communist era. She witnessed first-hand the consequences of the harsh economic crisis that stroke the country in the mid-90s. This made her extremely responsible and willing to make a change. At only sixteen years old Catherine finished high school and was accepted in the Medical University of Sofia. “I was raised by my family with the believes that I should do good and that there existed only two professions to this end: doctors and lawyers. So naturally after graduating from high school, I followed the example of my grandparents and picked medicine”. However, once I got through the first year of medical studies, life decided to reserve me a different path, making me change major and country”.  Catherine started a new phase of her life in Turin (Italy), as law student, a path that led her to be the professional woman she is today, an international attorney specialised in dispute resolution, human rights and business law. 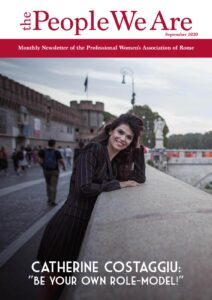 Catherine’s professional path is made of remarkable work (she has worked for the European Court of Human Rights, the International Development Law Organisation and a first-tier international law firm) and academic achievements. She holds a Ph.D. in International Law & Economics at Bocconi University, she is a former Universidad de Buenos Aires visiting research scholar (Argentina, 2018/2019), a Columbia Law School graduate (New York, class of 2015), a Fulbright scholar (2014-2015), a University of Turin graduate (J.D. with honours, class of 2009), and a McGill University alumnus (Montreal, 2008).  She has often traveled to study and studied to travel.  Among her many experiences she recognises that the one she has enjoyed the most is the year she spent in New York as an LLM at Columbia Law School. “This year was a ‘game changer’, not only because of the unique academic experience of being enrolled in an ivy league law school and studying with bright legal minds (many of which became friends for life), but also because Columbia Law School comes with New York. Although it might sound as a cliché, New York is indeed this concrete jungle where dreams are made and where there is nothing you can’t do. Most importantly, it’s a place where you can free your soul and spirit.” And indeed, while in New York, Catherine gave freedom to her artistic soul and, in parallel with law classes, took acting classes at Broadway, design classes and Latino dance classes.  Sparkled by the curiosity to learn more about Latin American countries, after the end of the master she took some time off to travel extensively throughout the region.

The overall overseas experience left a new imprinting in Catherine: changing her way of seeing life in a more positive way and turning to be a more open and social person, a more soul-needs focused person. “Maybe because of that, I am absolutely in love with everything that is American and, more specifically, Latin-American”, she admits.

After her Columbia law school studies, Catherine returned to Rome, where she continued to work as an international dispute resolution attorney in a first-rate law firm.  Pushed by the continuous wish to further grow professionally, Catherine started a Ph.D. in International Law & Economics at Bocconi University, with a thesis on investment law and human rights. The Ph.D. years were filled with frequent travels and restless busy days, as she was working in Rome, while doing the Ph.D. in Milan. Whilst living a very intense two years, she continued dreaming about overseas territories to better explore the countries and cultures that strongly passionate her.  This is why when it came the time to decide a destination for her visiting research period, she opted for Argentina where she spent seven months, as visiting research scholar at the Universidad de Buenos Aires.  After this experience and having successfully obtained her Ph.D., she is now putting her efforts in several projects, including a start-up devoted to sustainability-related issues and led by a group of outstanding Italo-Argentine professional women.

An active person who strongly believes in giving back, fair playing, the power of network, freedom, and women’s empowerment, Catherine never stops researching and studying. She is now preparing new interesting projects for PWA members. Catherine or Cat, as she is called by her friends, joined the Professional Women’s Association of Rome in September 2019, but the Association wasn’t new to her. She is now part of the PWA’s Board as International Development Director, a brand-new position created after the brainstorm sessions with the candidates to 2020 Board elections. Working in this new role, she considered the need of linking women’s minds across cultures and boost women’s confidence to be truly themselves while learning to cooperate with each other, because women can really make the difference at the workplace.

She is strongly committed to serve PWA’s mission and members and is confident to have the right skills to do so successfully. In fact, she is a self-confident person who transmits vitality, determination and resilience. So, it doesn’t sound surprising to me discovering that “The count of Montecristo” is her favorite book.

After this conversation with Cat, I understood that she became a PWA member for the same reasons I did. She decided to join PWA because she is acquainted of the power of network and found the international PWA’s atmosphere dazzling liberal. “You can be many things; being yourself freely. I remember a part of Michelle Obama’s book, in which she writes that there isn’t a single answer when asking a kid what she/he wants to be when an adult. And I agree with her, I think this is exactly true. You can be so many things! I have been and I am so many things:  I have been an Italian in Algiers (although not Giuseppe Verdi’s one); a Bulgarian in Italy and an Italian in Bulgaria; a medical student, an international lawyer, a human rights activist, a Ph.D. graduate, a dancer, a model, an actress, a wife, a mentor. I am and I have been so many things that sometimes it feels like if I’ve lived already more than 7 lives! I think this is why my friends started to call me “Cat”, not just because of my name but also because we say that a cat lives nine lives. I surely have lived many so far”, Cat giggles.

When asked what is the best advice she could give to someone that looks for a role model, she answered “it’s good to search for a role model. But every role model has her own strengths that led her to where she is. I believe more in having yourselves surrounded by positive people who see your strengths and diversity and push you in becoming your own role model and best version of yourselves.”

Life is just one and you have to know how important it is to live it at the fullest. Cat knows it for sure! 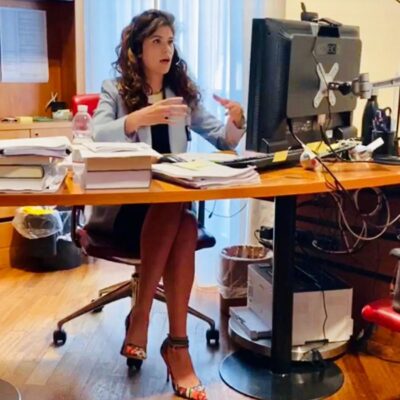 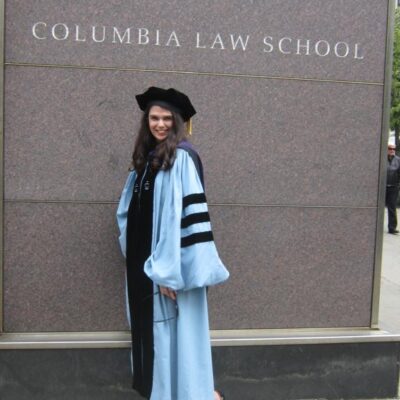