Simona Romiti is the proud mother of three girls, which guided all the choices of her personal and professional life. I met her thanks to a social event she sponsored for PWA which matched perfectly the association’s spirit. PWA is the friendly forum facilitating any woman to communicate with her peers and expand their world, and Simona took that literally: she organised for our members a guided tour and a networking moment that helped us know each other better. A financial advisor, a profession where women are still a minority, she risked taking a much more adventurous road in her career animated by the desire to be free to chose the best for her clients. Her strongest passion is nature and she takes every chance to explore it together with her daughters.

She comes from the area of Viterbo and in 2009 she transferred to Rome, which seemed like a natural step as she worked in the city since 1998. Although she was raised with Piero Angela’s Superquark, dreaming to become a natural scientist, she dropped her studies at La Sapienza to follow a new discovered passion, in the financial sector.

Her temporary job at Cariplo became a permanent one. Maybe the fact that she worked in the city center and she loved interacting with actors and many other personalities had some influence to her choice…She spent sixteen years at the bank that became part of Intesa San Paolo and she discovered that she was best at helping people manage their life investments. She established an important network of clients and even friendships that came naturally as the most important step in doing her job well meant primarily building trust.

The downside of the job, and she’s not the first one to signal this issue to me, was that she had to stick to reaching a budget and advise the products best fitting the bank’s interests. Moreover, to avoid getting emotionally involved, she was shifted between one branch and another once every two years.

She kept building frustration while the bank continued sending her in locations of difficult reach, to prevent her clients from following her. The moments of conflict with her bank grew while the clients appreciated her defending their best interests. When a job proposal came from Allianz Bank, part of her had no doubt it would be a best fit for her conscience, while the other part was ravaged by the doubt of leaving a “fixed job” to become a freelance: “Allianz Bank gave me all the liberty and the instruments I needed to choose the best possible solutions for my clients, but for that I had to become a financial advisor: no fixed salary, it all depended only on me. With three young girls raised on my own, such decision was not a piece of cake!” she remembers. A well defined career ahead as, most probably, branch director doing a disappointing job or doing her dream job while depending only on her skills?

Many years down the road, she is certain that deciding in favour of freelance, becoming a registered financial advisor was the best choice. What tipped the balance towards Allianz was her desire to provide the best she could for her three girls: “I wanted to make sure all of them could study whatever and wherever they wanted” she says. Any other choice would have made it really difficult: “I am a proud mother and a satisfied professional, that is the best prize for the risk I dared to take” she observes.

Having in front of me a women that worked in the banking sector, I asked a question I have in mind since many years ago, when I arrived in Italy: “While many sectors seem to have much gender disparity, the banking sector appears one of the few quite equilibrated. How is the distribution of women and men and how is the atmosphere?”. I wasn’t ready for the answer I received! Although now things are more equilibrated, Simona recalls the impact her first pregnancy had: “Hearing that I was pregnant, the branch director, a man, told me that I ceased to be reliable and at my return he shifted me in a closed room, on my own, doing administrative work!”. While reading my appalled face, she rapidly confirms that things improved since 17 years ago when she first became a mother and now there is more equilibrium. In her current job, much more risky maybe, there is a 20-80 distribution between women and men. “The atmosphere is great where I am now. I am based in EUR and I feel as being part of a large family of 33!”. She also became part of a knowledge sharing project, Castrolab. “ At the base of everything there is the desire to share know-how with other colleagues, enhancing the contamination of both financial and human factors. A beautiful family without borders” that meets every year in Castro, Lecce, to present projects and share ideas.

A naturalist by spirit, she spends most of her holidays travelling with her girls and teaching them to love and respect nature as much as she does: Mexico (the Sanctuary of Cetaceans – Bahia Magdalena), US and the African continent are top of her list. In the rest of her free time, she collaborates with an Italian NGO Karibuni Onlus.

How she found out about PWA Rome? She attended one of the conferences at Florencia Barbieri’s invitation and decided to became a member. It was the atmosphere of friendship, that feeling of ease to mingle with the group, along with the networking opportunities that made her decide in PWA’s favour.

While saying our good-byes, she tries to infect me with her optimistic view of the the pandemic period we are experiencing: “We were living our lives around smartphones, losing the personal touch. We now rediscover the hugs and our friends, the beauty of their company! I hope we will not go back to the frenetic pace before Covid-19” she declares enthusiastically. We sure all miss PWA’s live conferences and social events! 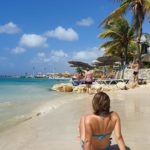 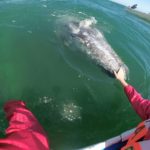 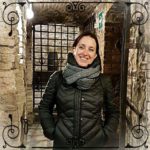