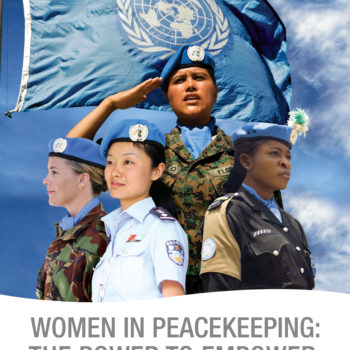 On 31 October 2000, the Security Council unanimously adopted resolution 1325 on Women, Peace and Security. This resolution, with its four pillars of prevention, participation, protection, peacebuilding and recovery, has become the focal point for stimulating worldwide efforts to deal with the many challenges that women face in situations of conflict.

Women’s engagement in peace and security is essential to building sustainable peace, but progress toward gender equality remains slow. Besides women need not to be seen only as victims: women’s meaningful participation also helps the conclusion and implementation of more sustainable peace agreements.

The world has changed since the Security Council adopted resolution 1325 in October 2000. The nature of conflict is qualitatively different, the content of what we mean by ‘peace’ and ‘security’ is evolving. This ever-changing and ever evolving reality poses major dilemmas for the four pillars of UNSCR 1325 and its subsequent resolutions. Research shows that the participation of women at all levels is key to the operational effectiveness, success and sustainability of peace processes and peacebuilding efforts. Therefore the leadership in peace operations must be proactive in including women in all aspects of peacemaking, peacekeeping and peacebuilding. For NATO this means that it is necessary to take into account gender factors in policies, in planning and in the implementation of missions.

After briefly presenting the key aspects of UNSCR 1325 and the idea behind it, Ministry of Defence Elena Palloni will illustrate how NATO has worked to integrate gender perspectives in NATO-led operations as well as in NATO policies and programs, through case studies drawn from the field. 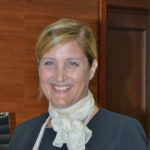 Dr Elena PALLONI was born on the 9th of October 1970 in Rimini, Italy.

Elena started her career in the private sector dealing with internal auditing and finance, but shortly afterwards she entered in the public sector and worked in the Local Government Administration with budget and acquisition responsibilities.

Elena joined the Ministry of Defence in 2001 and served at first in the Air Force Logistic Command and afterwards at the Air Force General Staff, managing the full spectrum of HR responsibilities (involving negotiation with Labour Unions).

From 2011 to 2013, Elena served at the Italian Defence Armament Directorate as chief of the section in charge of cooperation with Northern and Central American countries, and then in September 2013 she assumed the post of Faculty Advisor at the NATO Defense College in Rome, Italy.

Elena was asked to join the Prime Minister’s Office in preparation of the Italian presidency of the UE, where she worked at the European Policies Department from the end of February 2014 until the end of March 2015.

She then returned to the Italian Ministry of Defence, where she is currently serving at the Minister’s Office for Performance Assessment, dealing with integrity building.

She is also an officer of the reserve of the Italian Navy.

Conference starts at 19.30hrs to be followed by our trendy networking cocktail.

To register for the conference, please fill out the form at the bottom of this page

RSVP by filling the form below.