The U.S. presidential elections seem to be characterized by an unpopularity contest more than a political campaign. Each contestant has had their fair share of mud throwing in the slanging match.Even the catastrophic crash landing on Mars doesn’t seem to have made much impact as news headlines concentrate on titbits from FBI allegations to sexual deviance, from “nasty women” to tax evasion. So what kind of president does the United States deserve? What kind of president can the United States expect?
Our Speaker, Hon. Lia Quartapelle is used to strong debate and political poisons. Her wide experience of foreign policy puts her in a strategic position to comment the U.S. election outcome and the impact it could have on the rest of the world in the near future. The Power Game of antitrust enforcement, trade deals and healthcare can be dangerous… 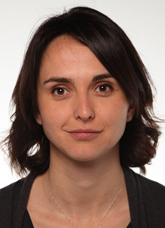 Lia Quartapelle has been a member of the Italian delegation to the Parliamentary Assembly of the Council of Europe since 2015. She currently serves on the Committee for Political Affairs and Democracy. She graduated in Economy at the University of Pavia and in 2007, Lia worked as an economist with the Italian Development Cooperation in Mozambique, supporting the Mozambican government under Prime Minister Luísa Diogo in setting their development policies.
In the Italian parliament, Hon. Lia Quartapelle serves on the Committee for Foreign and European Community Affairs, also on three Sub-Committees:  Human Rights,  Sustainable Development, and  Africa and Global Affairs.
By 2014, Quartapelle was widely mentioned as a possible replacement for Federica Mogherini as Minister of Foreign Affairs in the government of Prime Minister Matteo Renzi, and in January 2016, was among a group of MPs who collected signatures on a petition nominating the Afghan Cycling Federation women’s team for the Nobel Peace Prize.

Registration commences 18.30hrs. Conference 19.30hrs to be followed by our trendy networking cocktail.

Guest price €20
To register for the conference, please fill out the form below