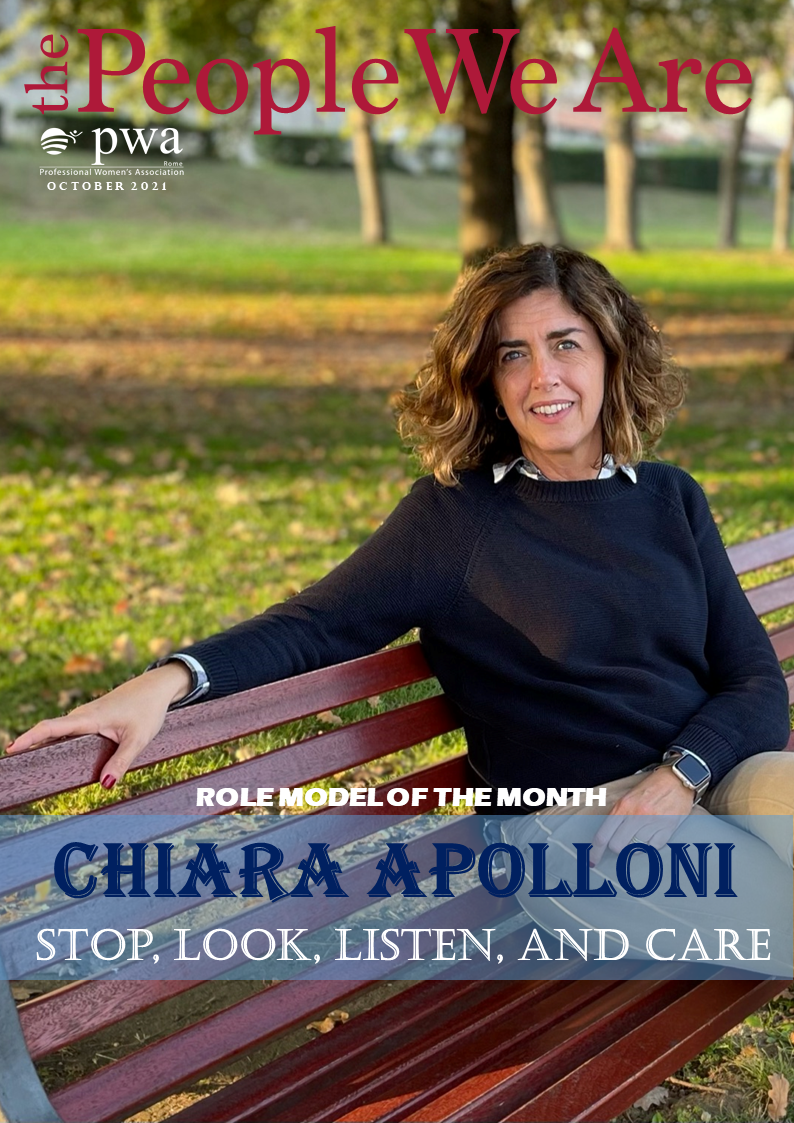 I managed to make the interview with Chiara only online due to her very busy agenda. Despite the screen, she struck me for her sparkling and dynamic personality.

Born in Naples, growing up in Milano, as a teenager and a young adult living and studying in Perugia, her first work back in Milano and following her husband to Rome, Chiara is a real ‘globetrotter’ of the Italian territory. She feels at home in all four cities.

Chiara graduated from business administration at University in Perugia. She decided on this study because she wanted to follow her father that used to work as a business consultant at the time. Only later, during her studies, she realized that working in a company would have been more in line with her family perspective.

After a few work experiences, Chiara started her career with ENI in 1998 at the HR division at the junior position. She experienced communication, development, recruitment. Later on, she was in charge of hiring personnel and was present with employees through their professional life with the company in terms of retribution and benefits, to the termination of the employment contract.

In 2011 she grabbed an opportunity and nowadays Chiara works at Eni as the Head of Organizational & Power System and Business Processes.

Her team, in simple words, supports the organizational development of the company in terms of responsibilities and processes.

As she says, her previous experience at ENI, served her to understand the company better and in her current position is helping her to see the real people behind the processes.

She loves her job because she faces different tasks connected to the operations of the top management and new assignments on a daily basis that are very challenging but stimulating at the same time. Her position often requires working long hours under the pressure with short deadlines, but on the other hand, she feels very rewarded. The work of her team is important for the smooth operation of the company. Moreover, she never gets bored at work!

Many different topics at the top management level, learning about the company’s strategies and visions make my job even more exciting.

As the head of the team with the responsibility on her shoulders,  at a certain point, she started to feel that her managerial and leadership skills weren’t enough. Her extreme sense of responsibility took her for searching for a course that would have helped her to be more confident in managing her team, communicating, and taking decisions without being anxious not to perform well.  She signed up for the Emerging Leaders Program at the London Business School with a focus on leadership that turned out to be an excellent choice. Chiara was so enthusiastic to make this new and interesting experience!

During six months, taking lessons partially in person and partially online, Chiara not only learned and practiced how to be a better and more confident manager but she also met many interesting people from completely different cultures.

Passing time with her international group of peers, by working and having fun together, was a significant lesson for her. She learned the importance of different points of view that allow obtaining better results in a short time.

Chiara continues to practice a wider view when it comes to professional and also private matters. She always puts herself in the shoes of others before she takes the action.

When comes to leadership, Chiara is not in favor of any commands or orders but as an excellent manager, she motivates her team by explaining the objectives. She listens to the opinions of other team members and together they brainstorm for a solution that enables them to reach objectives with high efficiency.

The ideal leadership model is to teach by example and to be consistent in decisions.

Despite her busy agenda, family always comes first. For Chiara, her family is the basic pillar in her life. She met her husband Gianpaolo 32 years ago and got married after ten years of being together.  As she told me, the secret of such a long and happy relationship requires a lot of patience and respect from both, supporting each other and not being oppressive. 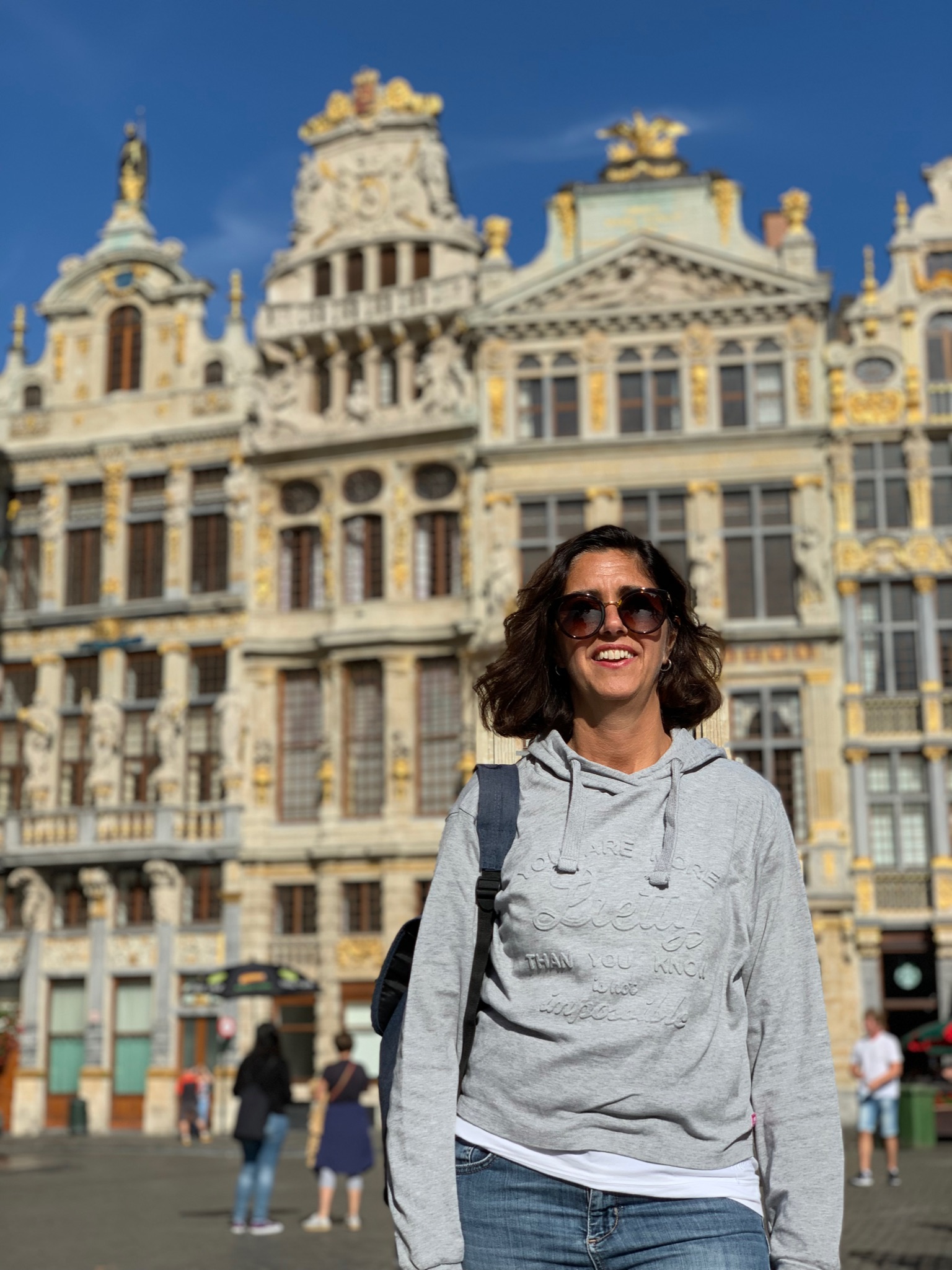 Nevertheless, Chiara and Gianpaolo were enjoying their life in Milano, they moved to Rome where Gianpaolo got an interesting job, and Chiara, already working at Eni, followed him. They have two beautiful daughters together. The older one, Caterina, is 19 years old. Her passion for art and especially for mathematics took her from Rome to Milano to study construction engineering at university. The younger daughter, Constanza, is 10 years old and attends elementary school.

Chiara’s biggest passion is traveling. The farthest country she visited, was China but she is very keen on traveling to the cities that are full of history, architecture, and art. She enjoys the atmosphere and wants to be a part of the city she visits not to be just a tourist. She even explores local offers in the supermarkets. Together with her family, she traveled around all Europe but the city of her heart is Paris that she visited about 15 times! C’est l’amour! Besides the cities she loves nature and she visited Scandinavian countries, Norway in particular, several times.

During the year, you can bump in Chiara at the cinema, especially when films with some of her favorite actors, such as Liam Neeson, George Clooney, or Brad Pitt are on. Her favorite film is definitely Michael Collins. Her eagerness for cinema led her to work at the Venice film festival during her university studies for 3 years. All-day work was rewarded by all-night projections.

Chiara is very enthusiastic when talking about PWA. She learned about PWA two years ago when she joined her friend for a PWA dinner.

I was very impressed by the warm and welcoming atmosphere. I explored the PWA activities on the website and I found them appealing and engaging.  I decided to sign up and become a PWA member. 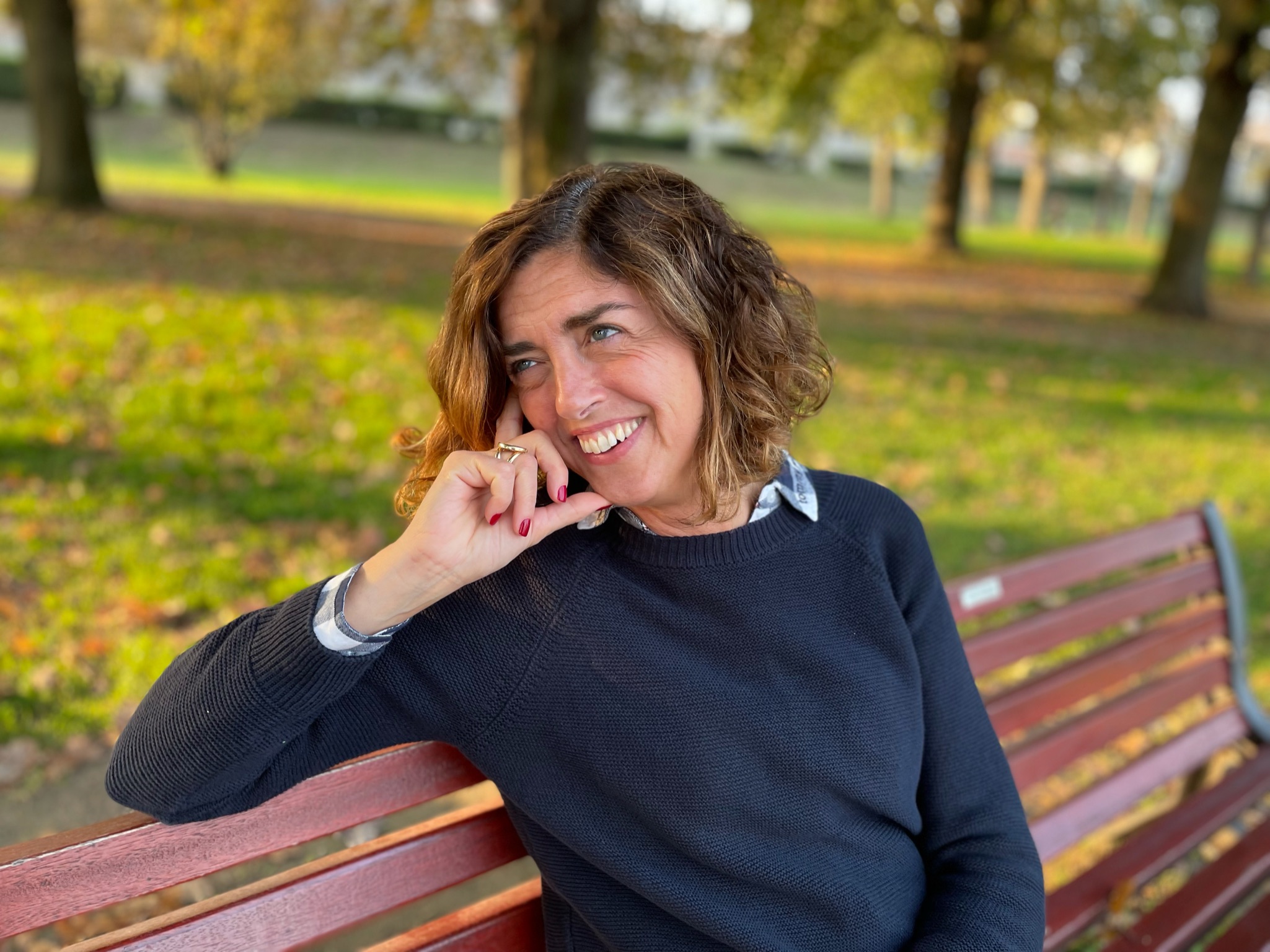 PWA allows Chiara to experience different approaches to networking. Before the pandemic, which made all the PWA events go online, she found the conferences followed by a dinner a winning and distinguishing formula. Speakers at the conferences bring their experience and are examples for others. In-person networking is stimulating by meeting other members and guests with whom Chiara enjoys changing ideas and opinions on many different topics also from a professional point of view.

In Chiara’s opinion, women have to move forward and have to work harder to be more numerous in the business.

Women belong to the business, they studied, they are competent and their point of view can complement men’s ideas and their way of thinking.

The quotas for women in high positions might be counter-productive because the equilibrium can’t be forced. Men can see the quotas as a tendency to overpower them and that’s what we, women professionals, don’t want. The objective is not to create tension but to find a balance.