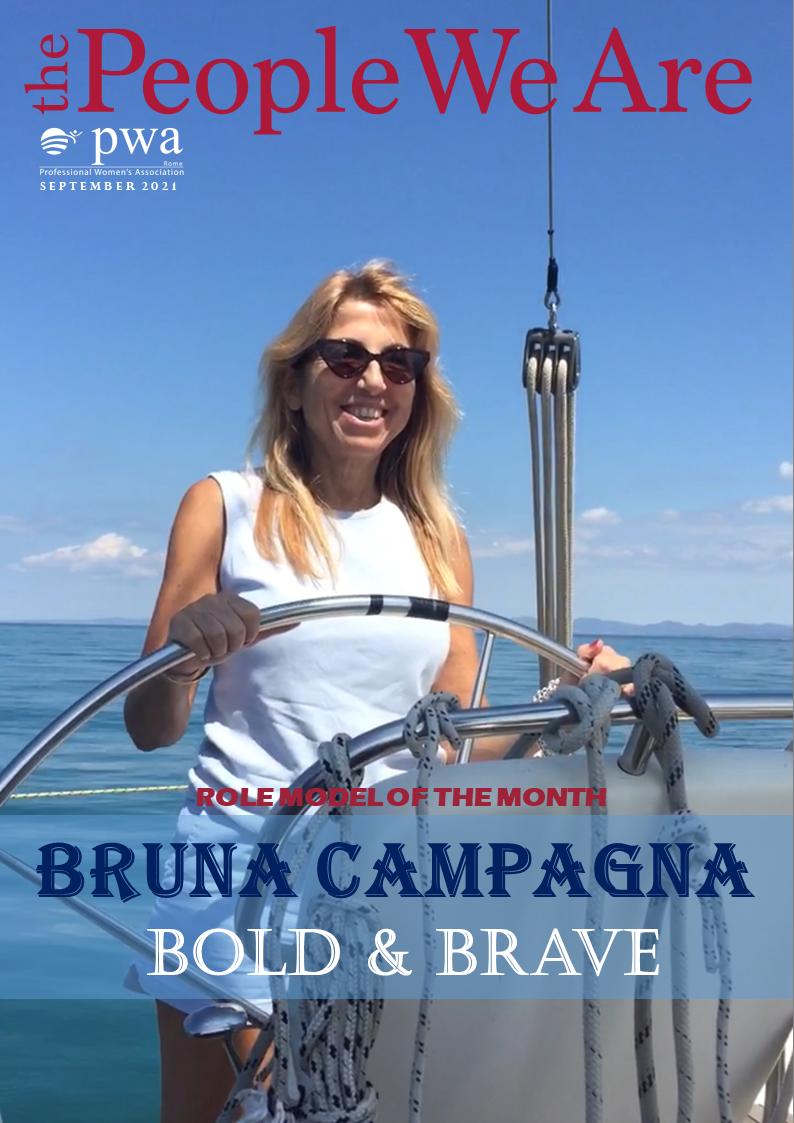 I met Bruna on a bright, sunny day at Giolitti’s in the EUR borough, a well-known place just overlooking a tiny pond.  When we went through the interview I realized that this lady has lived her professional and personal life to the fullest.

We sat down for coffee and I put on a listening mode to learn about her personal story and the way she has been able, all along the years, to combine her personal life with her professional aspirations

Her miniature poodle called Lucy, was sitting below the table and she seemed to be having a good time as well.

Bruna works at Leonardo, one of the world’s major players in the Aerospace, Defence and Security industry, where she works at the Chief Commercial Office and is in charge of services and products for big corporate groups in Italy.

Bruna is an electrical communications engineer, she graduated at La Sapienza University in Rome. I wondered what led a young lady to study engineering, a discipline where men have always – and by far – outnumbered women. Bruna told me was very talented in mathematics since she was a child. When the time had come for her to decide on what to study at university, she consulted with her father, an engineer, because she wanted to convince him to let her pursue her inclination towards mathematics. But he had different plans for his daughter, he wished she could be a teacher instead. In his mind, it was a secure and most suitable job for a woman and possibly a future mother.  He said that Bruna’s brother, as a man, was set to become an engineer

That was her “sliding doors”, the very moment when Bruna decided to go up for being an engineer and rebel to her father’s conservative view. Once she graduated, her father was very proud and boasted to family and friends on her achievement.

Her first, big working experience was at Telespazio, one of the world’s players in satellite solutions and innovations.  This company would give her an international profile yet at a personal cost. Indeed  she had to spend her first year in Vancouver, Canada, where fled only a month after her wedding, leaving her husband in Rome. Several years later, in Phoenix, Arizona where she seized the opportunity to work at Motorola, a telecoms satellite company, she brought her little son, who was attending a nursery school at the time. Nevertheless, Bruna’s most exciting stay was in Belgium where she worked at the NATO command headquarters, known as Supreme Headquarters Allied Powers Europe, or SHAPE. She was responsible for war satellite communications. 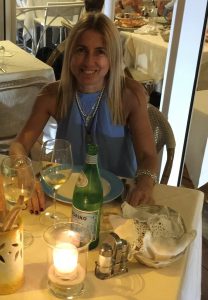 In those years, not only Bruna had to cope with a stellar career but she also had to make her family and relationships grow. Behind a successful woman, usually there is an intelligent man and her husband had always been supportive despite a wedding “at a distance”. Elio is a dentist and while she was in charge of her missions, he had to take care of his patients in Rome. However, in Bruna’s view, short-term separations only strengthened their relationship

Weekend’s visits to Rome, during her stay at NATO, made them live through a constant and  new honeymoon.

Yet Bruna does not like to sit in her comfort zone and she is always ready to seize new opportunities, to broaden her horizons, so after seven years commuting between Belgium and Italy in such a top job she stepped down. A new challenging experience was waiting for her and it came through a high level executive at Leonardo. In 2019, she packed back to Rome with a mission to inject in her new company an international mindset and expertise that she achieved while serving at NATO.

When comes to leadership Bruna prefers a balance between hitting the target with empathy within the team in order to attain good working atmosphere in an organisation.

Bruna is also active in securing that brilliant, new talents can join the Register of Engineers; she sits in the committee in charge of overseeing tests and exams for them to join this high level job. 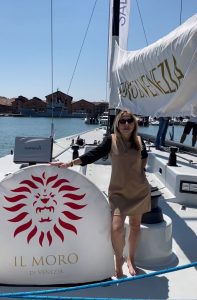 Bruna is a proud Roman. She loves her city and after many years of working and living abroad “there is not such a place like Rome” she said. In her spare time, she pursues many passions and interests

She usually starts her day by one hour walking. She has played tennis since she was young but her recent passion is playing paddle tennis that she finds more amusing. She is also keen on sailing to the point she obtained her sailing licence two years ago and is now planning to participate to regattas, in the coming winter. Let’s keep our fingers crossed.

In winter, you can find Bruna skiing together with her husband on the slopes of Roccaraso, in the mountainous region of Abruzzo, where they met many years ago.

Bruna is also very fond of theatre where she is not just happy to sit in the audience but she loves being on stage too.  She acted in two plays in Rome, and four in Belgium and they were all in French. Well spotted! Her favourite drama player is Luigi Pirandello for his deep understanding of the human soul. 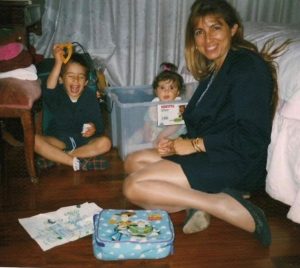 Opera is another passion of hers. In the summer you can bump into her at Terme di Caracalla, where she may be moved by a performance from La Bohème, one of her favourites for matching together intense emotions with superb musical notes.

However despite such an intense life, to her family comes first. Always. She has always been a present mother helping her two children with their homework. She has been a role model to both of them who followed in her footsteps. Andrea lives in London and works in economics and finance whereas  Carolina is a cyber security engineer living and working in Milan.

Bruna joined the Professional Women Association after she met with the President, Gerlie Saura, at an event they both were attending She said she wanted to join the PWA to be part of a team of women that grow by learning from each other and that support each other. 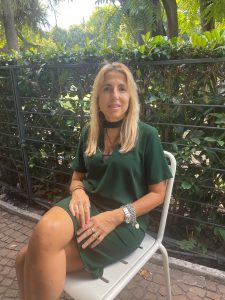 As an electrical communication engineer  Bruna has worked all her professional life in a very competitive ‚male world‘. She always dealed with it with a self-confidence as she is a very competitive person using a lot of sarcasm to overcome problems.

In Bruna’s opinion men and women complement each other and only the complimentary view can provide an additional value to society .