Gender Balance after the pandemic

Many commentators and analysts predict that one of the positive outcomes of the pandemic will be the revalorisation of service professions in the public sector, notably those in health care. Societies have seen what professionals involved in the care and cure of affected patients can do and how important they are. My expectation is that this will lead to a shift in gender balance in those professions. We have witnessed a feminisation of health care over the past years, particularly among nurses and also among medical doctors. This has been the result of both women moving into and men moving out of these professions. The feminisation has been brought about by budget cuts and efficiency drives in public health care. Health care has increasingly become a profession of high meaning, low status and low pay, which apparently fits the motivational pattern of women more tha 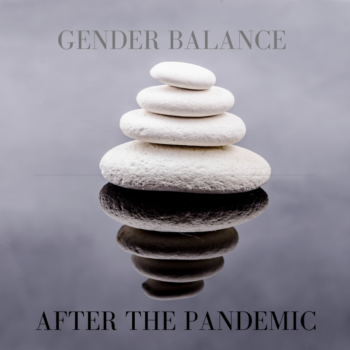 After the pandemic, it is likely that the profession will retain its high meaning, if anything it will increase. Its status will increase with its newly recognised importance. The pay levels will also increase, not so much because we believe that this is the right thing to do, but because the political bargaining power of healthcare professionals will increase. Before the pandemic, there have been health care strikes that were largely ignored by decision makers. No politician can allow that to happen again in the foreseeable future.  With the increased status and pay, men will return to the profession. Not least, because that is where the jobs are going to be.

I expect a similar development in education. Particularly in pre-schooling and primary education there have been similar converging trends of feminisation and high meaning, low status and low pay. On top of that comes the advantage that teaching is suitable for part-time work and for combining work and family duties. Given current role distribution in couples, that appears to be particularly attractive for women.  Home schooling during the lockdown has taught parents how important and difficult teaching is. It has granted teachers more autonomy in handling their class and given a boost to the use of technology in teaching. Status as well as compensation levels of education compared to other professions could well be rising. These factors will draw men back to the teaching profession.

Now let me get this straight. This is not to say that teachers and nurses will be better paid because there will be more men joining the profession. It’s the other way around: pay will increase because the pandemic gave the women in these professions the chance to prove their true value. The men will join once the pay is up. Why did we need a pandemic to prove this point? Well, that’s another story. Let’s accept the positive outcome and work from there.

The dedication of health care workers and teachers during the pandemic – many of whom insist “I’m only doing my job” –  demonstrates  that these professionals were not forced into their jobs. They – most of whom women – choose this path voluntarily. The motivation to choose one profession over another is different by gender. Professions that offer meaning, pay and status will have a gender balanced population. Productivity will benefit accordingly from increased diversity.

But what about leadership? At the political decision making level, we have seen many men in command. Whereas countries realise that they need an interdisciplinary team of experts to manage the crisis, such groups tend to be homogeneous when it comes to gender. As a result, some issues, like child care, are off the radar screen when deciding on measures of confinement of deconfinement. A holistic approach is often missing: Some countries emphasise saving lives, others economic continuity to prevent hardship. We will learn – the hard way – than diversity leads to better decision making in situations of complexity. In the future, gender balance will be used to put together better crisis and leadership teams.

Dr Paul Vanderbroeck is an Executive Coach. He is passionate about seeing women leaders achieve the results they want. With his pragmatic approach, he directs leaders and high potentials to realistic actions in order to achieve ambitious goals. He is a friend of PWA since 2019. You can reach Paul via http:/www.linkedin.com/in/paulvanderbroeck.