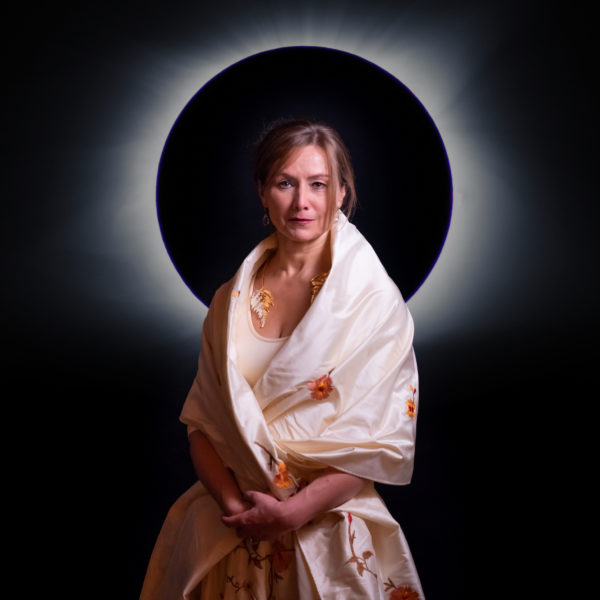 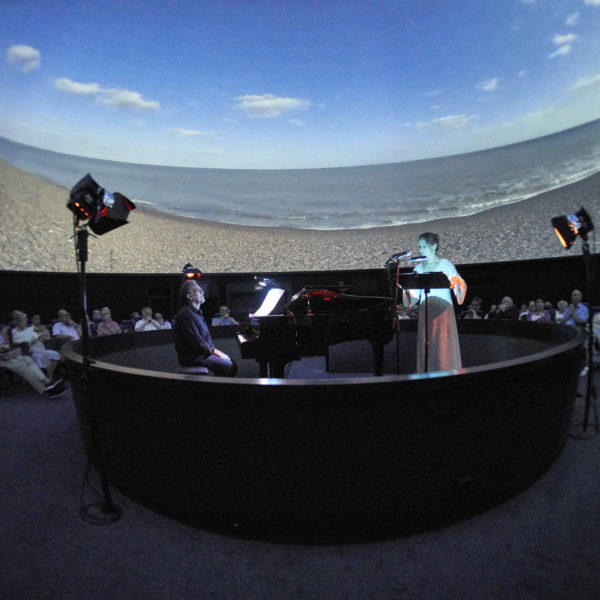 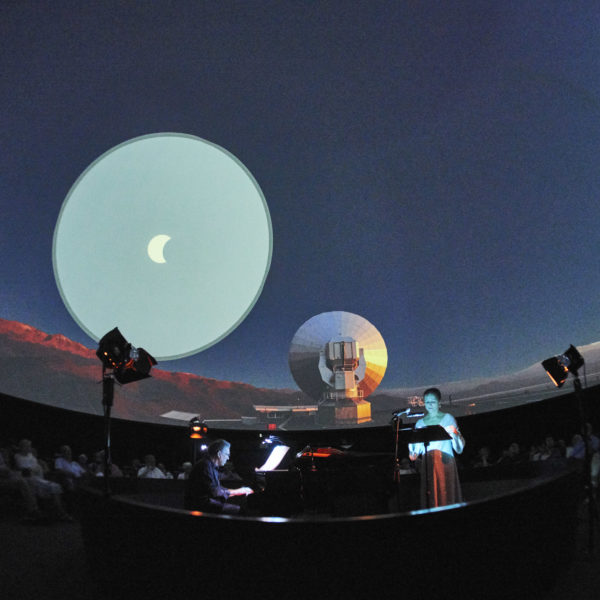 Susanne Mecklenburg reached one success after another by saying yes to the right opportunities as they came along. No initial Master Plan was crafted and rigorously followed. Convinced that great things happen while she’s surrounded by inspiring people, she talks equally warm-heartedly about her new colleagues, friends and family spread all over the world. She believes meaningful networking and promoting ourselves are the keys to women’s success. She focuses on transmitting much of her passion for science to younger generations. Meanwhile she uses her musical expertise to communicate about space. As she talks, the self-confidence she emanates acts like a magnet. You feel empowered and you want to follow her inspirational lead and get her advice.

Susanne has been away from her hometown Dresden for more than 20 years. In all these years, she converted into home the places she lived in and made valuable long-lasting friendships. Italy and England are equally important to her, for different yet complementary reasons: the sunny atmosphere of the Roman Castelli, the lovely attitude of people here and the dreamy olive groves blend in with the artistic and intellectual stimulation, a sense of humor and long lasting friendships she draws from Oxford. Two worlds from which she picks up the elements that best suit her character.

After her initial university studies in Dresden, in hydrology, she followed a Ph.D. in Switzerland, predicting rain over the Swiss Alps, and a Postdoc in England. If at the beginning she was not that convinced of the topic she had chosen to study, the keenness she put into studying and understanding natural sciences paid off quite quickly. Eventually deciding against an academic career, she changed tag, and started working for the British National Space Center and being part of the delegation handling the relationship with European Space Agency (ESA).

Five years later, she was offered the position of Satellite Mission Manager in ESA, this time in Frascati, Italy. Although she initially had in mind to stay in Italy for only two-three years, twelve years after she is still here. And as her career moved on, she is going back and forth between Rome and Oxford, with no intention of leaving the first for good. In the twelve years spent in the Mission Manager role, she had the responsibility to make sure two satellites, SMOS and Sentinel-3, were operating well in space. Her role involved much decision making. As a team leader, she was lucky to lead experts whose proposals she enabled: “As a team leader, my role is to trust the experts’ suggestions and recommendations and enable them to deliver their assigned task” she comments.

The celebration of ten years since the SMOS satellite was in orbit under her responsibility coincided with her last days in the role. Her eyes glitter as she remembers the warm farewell she received from her team and colleagues as she moved on to being the Head of the ESA Climate Office based near Oxford. “It took me quite a lot of time and searching my heart to decide and then find a job as interesting as the one I was leaving” she recalls, convinced that if she doesn’t get to wake up in the morning with a “fantastic, today I’m going to the office!” attitude, then the job is not for her.

She now runs a team of ten people in ESA’s climate hub, dealing with the most diverse tasks; from running scientific projects, presenting ESA in international fora to providing input to a BBC documentary on climate change. She is aware that her role is crucial for making sure that the information and evidence gathered by ESA’s technologies deployed into space is made available to the relevant national and international authorities which make the policies that shape the future of generations.

Discussions around climate have expanded and Dr. Mecklenburg has witnessed that along her career path. While answering to my question on her views on Greta Thunberg, she acknowledges the role she held in “bringing the climate issue to the common awareness”. She also feels that for such a young girl being permanently in the public eye must not be easy at all.

While our discussion shifts towards the passions Susanne cultivates, I discover that while she chose to study natural sciences, she followed her other equally important area of interest: music. She has spent most of 2019 creating and interpreting, both as a narrator and as a singer, events celebrating 50 years since Moon Landing in planetariums around Germany, Switzerland and England. This was a first, connecting her two lives, space and music.

Although she admits she never had a master plan for her life, she is aware that her success came thanks to her “saying yes to the right opportunities”. “Many of my choices would’ve been left out, had I had a well-defined plan” she acknowledges. She first took her decisions and once the moment was right, she connected the dots and built an accomplished picture. She lets herself get inspired by the people she meets in her life, aware that “amazing things happen when you surround yourself with inspiring people”. I cannot stop from adding mentally “while you are a great person yourself”. She does enjoy surrounding herself with friends and creating a community.

She is dearly involved in initiatives meant to inspire younger generations, talking so passionately about her job in a public forum that a 10 years old girl asked how she applied for it! She was happily surprised to see how young girls seek for her advice or learn directly from the experiences she recounts. In this direction, she would love to see PWA adding one day a mentorship program, to assure even a higher exchange and professional help between women of various generations. “I believe women should only be selected in roles based on their abilities, and not because they are women; one thing that we are missing out on is promoting ourselves”. She is convinced that women tend to network less as they choose other priorities in life than men and she was glad to discover the quality of PWA network. She herself, to enable networking with meaning, wants to create a recurrent event, “Ladies who lunch”, at work, the title of course being a relentless English joke on precisely the opposite.

Much more can be said about Susanne Mecklenburg, and seeing her pro-activeness, we most surely will get to hear other news about her initiatives, hopefully involving PWA.