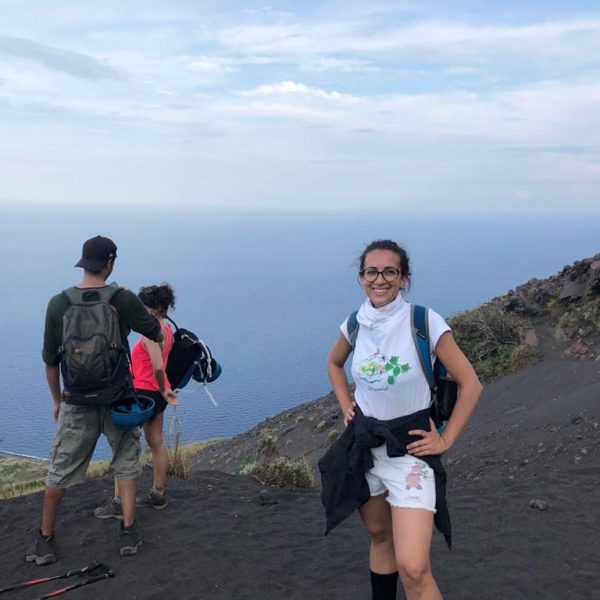 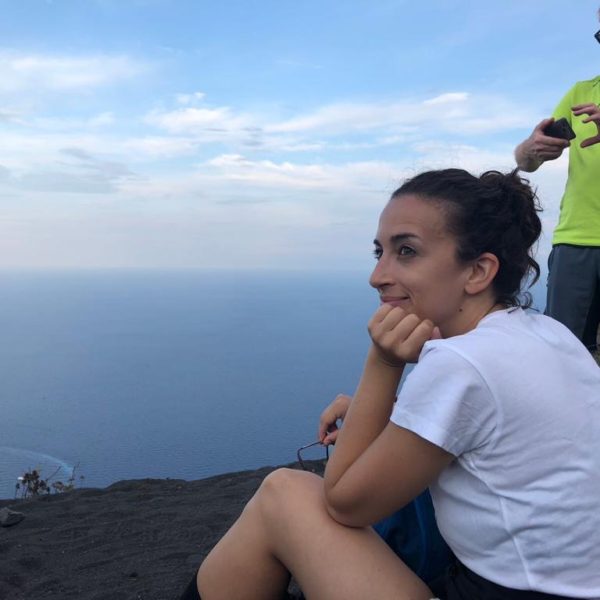 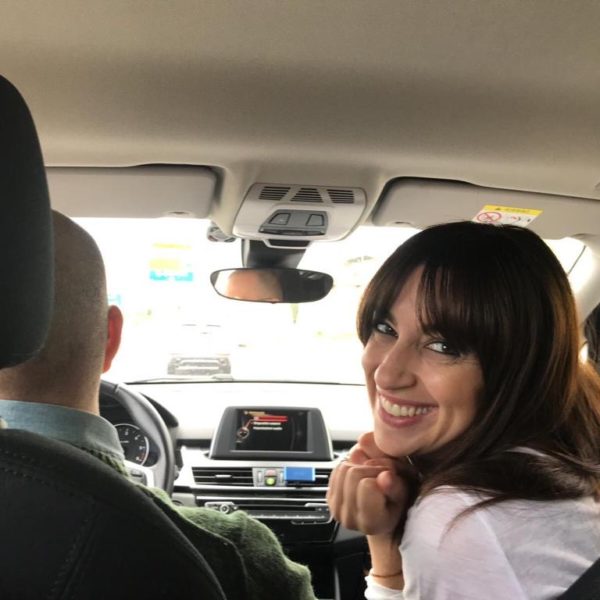 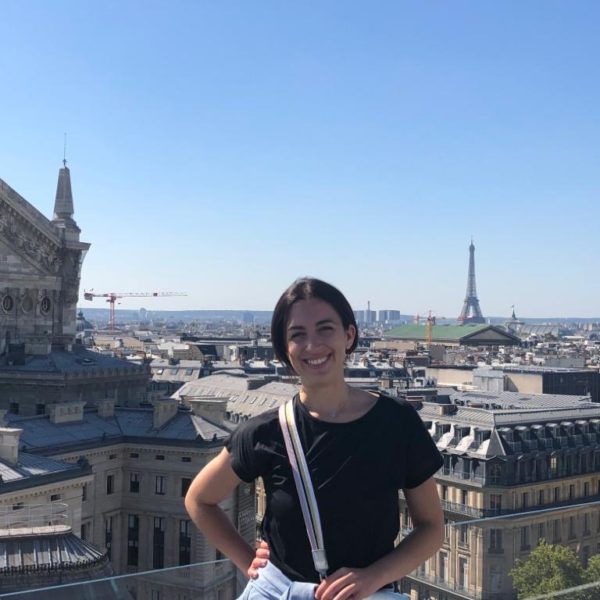 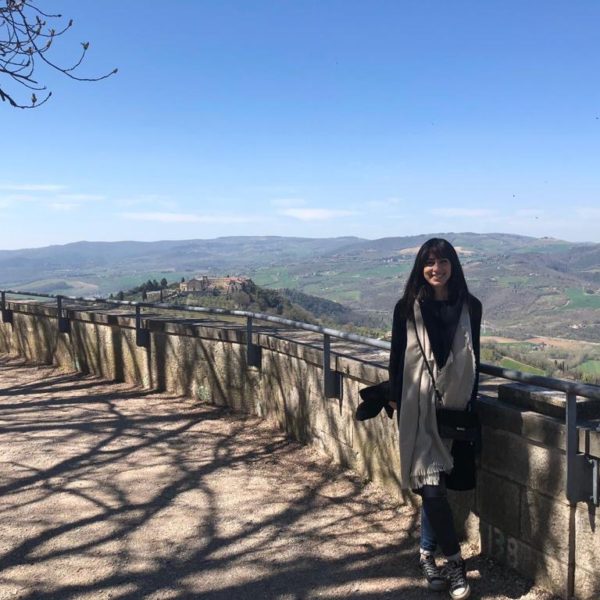 Positive by nature, Gaia defines travelling the “essence of her life”. After getting to know her it’s easy to see that by travelling she means not only exploring new places, but choosing new studies, activities and career paths or discovering new passions. Wondering through opportunities and experiences that help her grow as a woman and as a professional, Gaia is convinced that her generation should get involved much more into shaping its own future, holding high the importance of learning how to speak up and get a message through.

Florence born, Gaia Nina Marano has spent most of her life itinerating throughout Italy and the world. After spending her childhood between Florence and Forlì, the family moved to Rome where Gaia started her university studies. Her parents always rejected the idea of travelling or moving abroad, trying to keep all the family members near. Life had different plans though: opportunity came and the parents transferred with their professions to Qatar, Gaia’s sister decided to pursue a Master in the US where she settled to build a family of her own. And Gaia did a semester in Gothenburg, Sweden, during her Law studies at LUISS University and spent most of the time traveling to see her family: Doha, Washington, Oregon and Boston where some of their reunion places.

Holding a Law Degree and master’s degree in Tax Law from LUISS, Gaia specialised in Labour Law thanks to her interest in the business environment and its practices. She discovered her affinity to business and management thanks to her boyfriend involving her in managing his hospitality business: running two hotels and a B&B structure in the beautiful Aeolian Islands, they are facing all the challenges of making a business work – in her spare time Gaia is dealing with customers, suppliers, employees, promoting the structure, managing the finances, etc. “Being a Lawyer is my primary job, Businesswoman is my second one and the third one is being PWA’s PR Director” Gaia confesses. Just by listening to her describe her last year’s most relevant experiences, I can feel that Gaia doesn’t like to waste time: involved in many activities in parallel, she manages to multitask brilliantly.

As one must be prepared for the choices to face in the future, Gaia decided to do an MBA at LUISS Business School; soon after she started her studies, she heard of PWA Rome and perceived it as a great opportunity to do something different for and with women. She then decided to join the association and to get involved as much as possible, being elected as PR Director for the 2019/20 season. Concomitantly she got the opportunity to work as a freelance for the European Banking Association: 3 months spent in the City of Lights, acting as a consultant to the HR department allowed her to improve her French, experience working in an international environment and travel between Milan and Paris, just like a business woman!

She will soon finish her MBA and will let her instinct lead her towards new opportunities, convinced that the Law firm she works for just now is just a step in her career and not the end. She is hovering over different professional interests certain that opportunities are not to be missed and anything that she chooses to do must come from interest and passion.

Gaia has participated recently in an event organised by Inclusione Donna, with the goal of bringing to the political attention several measures that would contribute to achieving parity in the labour market in Italy. “It was a great experience, meeting women from all backgrounds and ranks, all having witnessed different experiences in their professional life” Gaia appreciates while mentioning that what she enjoyed most was learning to speak up to the political parties. She believes that more than a gender gap, we are now facing a generational gap as she was sad to see that only few younger age representatives attended the event: “there were many women almost at the peak of their careers, aged 40 to 60, few in their 30s“ she confesses. Although 30s is one of the most intense stages in a women’s life as she is defining her career while starting to build a family, Gaia believes that there should be more women involved in the process of creating a new path for their future. All this considering that the future ahead will be quite different from the one they testified from their mothers.

She enjoys PWA and all the opportunities it gives, teaching her to speak up, debate and disagree if situation imposes. “We need to learn how to disagree in the proper way, to get our message through” Gaia says, “but I am super positive about the future!”. The same way she is convinced that the crisis that hit Italy years ago and that doesn’t seem to go away will bring out the best of its people, allowing the most brilliant talents to shine.

Her passions? Travel is the essence of her being, always curious about people and their lives, she prefers listening to their stories rather than telling her own. She loves writing short stories and novels, having published quite a few, she also wrote for Assodonna female blog. For more, you need to Google Gaia to know more of her literary accomplishments as she hates to brag about them.